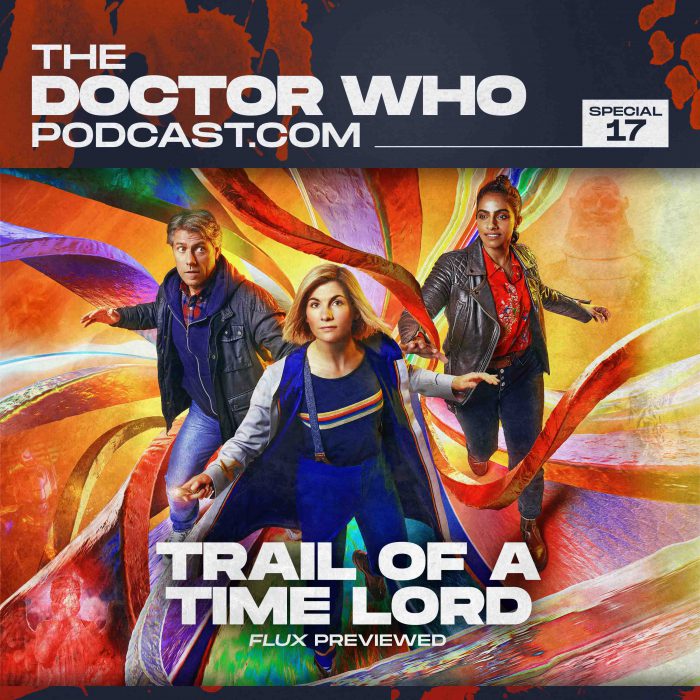 Join Phil and James as they preview the now imminent Series 13 – Chapter 1 of Flux will be on our telly boxes in a week’s time!

They also attempt to catch up on all the Who news/goings-on in Whodom that happened straight after the release of the last DWP! So the trailer for Flux, the mysterious materialisation/re-matarialisation of the BBC’s Doctor Who social media channels – and the announcement that Classic Series 17 will be the next to be given the bluray treatment are all covered here. Surely nothing else can be announced? Episode titles for Flux perhaps?! NAH!!!

We’ll be back as soon as possible after Flux airs next Sunday – enjoy the show but more importantly, enjoy Doctor Who being back on the telly!