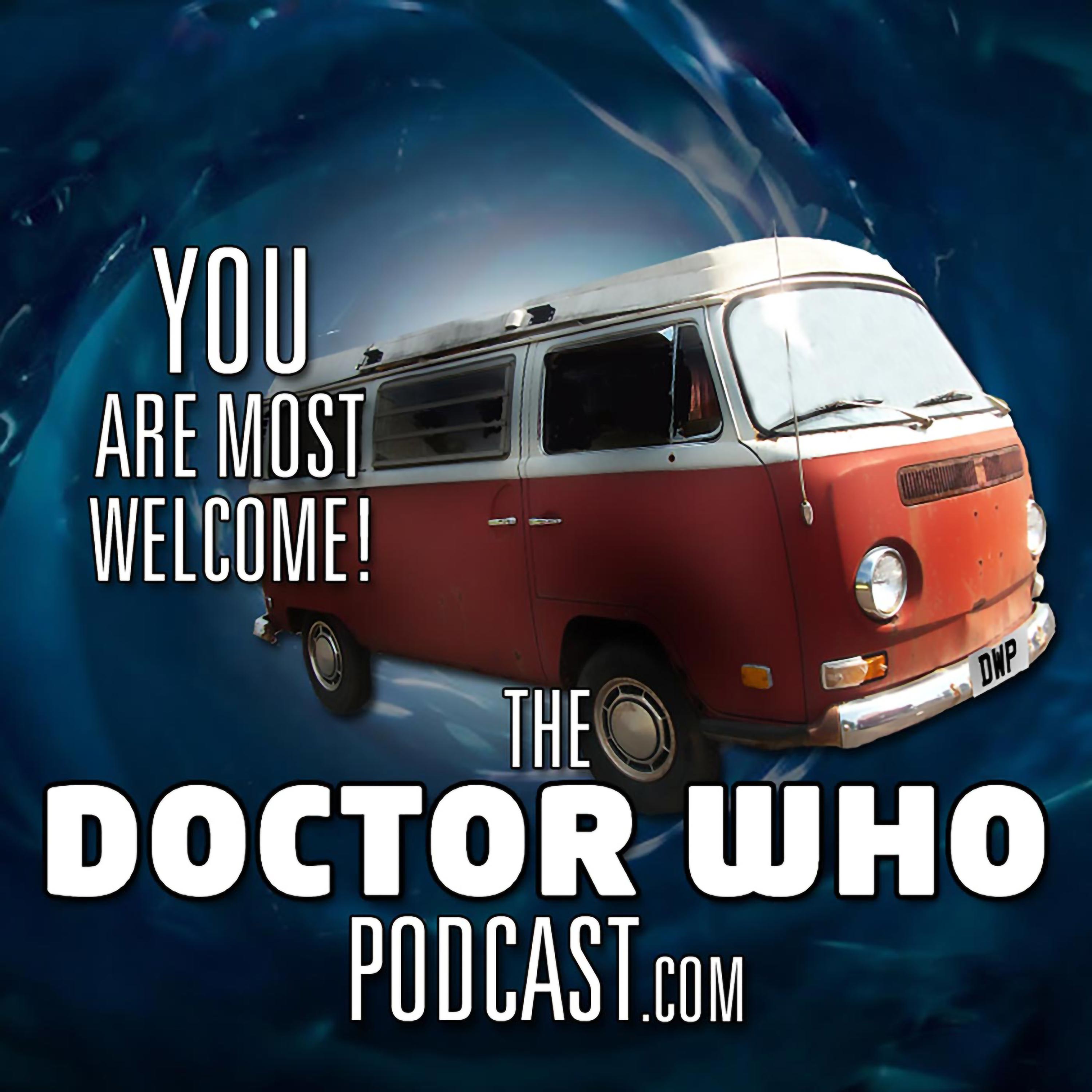 Meet the Hosts of The Doctor Who Podcast Series 1

James is a long term Doctor Who fan. He grew up with the show in the early eighties with Tom Baker becoming ‘his Doctor’ but really found his passion for all things Doctor Who ignited during the ‘wilderness years’ of the nineties.

He is a huge fan of the Virgin New Adventure novels (despite not having read one for years) and is an avid follower of the Big Finish audio releases.

James joined the DWO WhoCast team in January 2009, leaving in March 2010 to co-found the DWP.

Outside of Doctor Who, James fronts the Dad’s Army podcast; a homage to the classic British television sit-com and watches pretty much (and too much) of any genre of film or television.

Tom is a newbie to world of Dr Who podcasting but has well and truly established himself as the brains of the DWP.
Described by some as the thinking fans-totty, Tom brings some much needed thoughtful and intelligent analysis to the show.
His favourite Dr is Patrick Troughton and would he would rival Zoe on the Krotons intelligence assessment machine any day.
Outside of Dr Who Tom has a passion for blues music – he can oft be found in public places in the north of England playing guitar.
Tom also likes alcohol far too much and buys stuff he shouldn’t from eBay when inebriated.
Follow @tomattah

Leeson joined the DWP presenting team in January 2012. He owes his devotion to Doctor Who to his mother, who ensured his early exposure to the Davison era and who incidentally, now thinks he is utterly barmy.

We have no comment to make about this. He says he has no favourite Doctor, only favourite episodes, but some say he loves a bit of ol’ sixey (Colin Baker); the Doctor that is, not the era. He is a fan of the Doctor Who novels as well as the Big Finish cannon, and controversially prefers Ecclestone to Tennant.

In 2010 Leeson founded The Radio Rassilon Podcast with fellow Who fan Mr Harry Medium, conventions and fan events soon followed. Inevitably, this led to Leeson acquiring a permanent seat in a the DWP campervan.
“Whatever I’ve done for you in the past, I’ve more than made up for it!”. Hmm. Your time in the campervan will tell…..!

Stephen has very strong childhood memories of a quirky British science fiction show with a very strange lead character who never seemed to have the same face twice. The memory strongest though is of a very funny, very tall, curly haired man in an impossibly long scarf a man who would turn this boy into a fan.

In 2012, Stephen started a podcast called “A Mad Man with a Box”, simply so he could connect and talk with other fans of the show.

A long time fan of the DWP back when the hosts were part of at the WhoCast, he made it a goal to get the DWP hosts as guests on his own show which led to a couple of guests spots on the DWP and even a night out at the infamous Fitzroy with James.

He does not have a favourite Doctor, but just ask and he will go on at length about his love for Matt Smith’s wardrobe!

Ian’s earliest memories of Who are of being terrified as a small boy by Kroll and the Pirate Captain’s robot parrot, much to his embarrassment in later life.

He became a proper fan after being bought the Target novelisation of ‘Dr Who and the Daleks’ by an Aunt, which began a lifelong mission to buy all the classic Target books.

He has watched the show religiously since The Five Doctors first aired, and is now introducing his own sons to the show in its new incarnation.

It’s only recently that he has become involved in ‘organised fandom’ by way of the DWP, where he reviews Big Finish audios with Michele, as well as moderating on the forum and helping out with the Facebook page.

Outside of Doctor Who, Ian plays the drums and studies Taekwon-Do. He also is a general Sci-Fi fan, watching more or less any old rubbish which has a robot or spaceship in it.

Michele grew up in the heart of “Silicon Valley” in California, where she discovered Doctor Who on PBS in the 1980s. Despite the fact that Horns of Nimon was her first episode, she was instantly hooked, and was thoroughly surprised when the fourth Doctor fell to his death to be replaced by a new actor a short time later.

She participated in conventions in the 80s, but drifted away from the show during the wilderness years.

To her delight she stumbled upon the new series just as Rosewas debuting.

She soon discovered Big Finish audios and has been an avid follower of several of their ranges for the last few years.

When she isn’t immersed in the worlds of Doctor Who, she can be found hiking, camping, playing cello, and attending the theatre. She is a particular fan of Shakespeare and has seen his entire canon – including making a special trip to see David Tennant’s performance as Hamlet in Stratford.