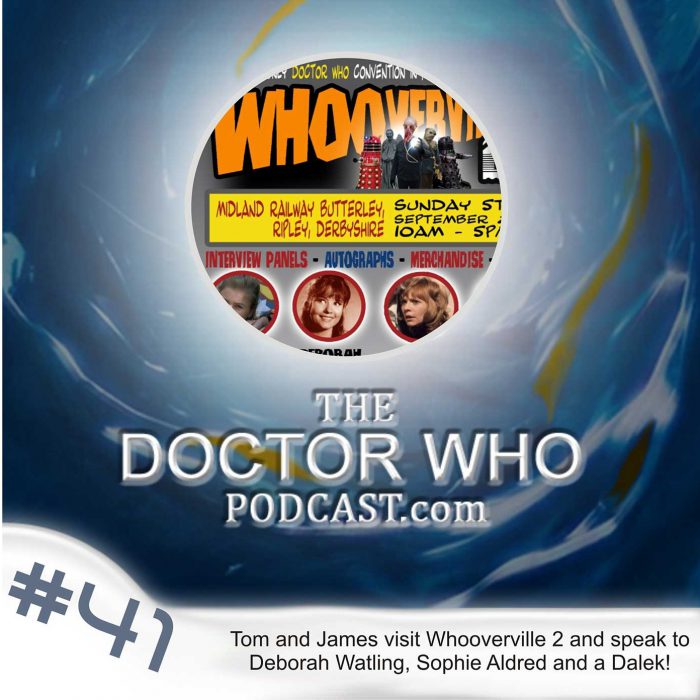 The Doctor Who Podcast Episode #41: Tom and James and their Amazing Adventures at the Whooverville 2 Convention

or.. Doctor Who in an Exciting Adventure with some companions

Tom and James went on a works outing last week up to the wilds of Derbyshire to see what was going on at Whooverville 2, the convention that boasts being the only such event run in an engine shed. And they are right (we checked).

Tom was lucky enough to be the on-stage interviewer for second Doctor companion and all round screamer Deborah Watling. Deborah played Victoria Waterfield alongside the 2nd Doctor from 1967-1969. With the kind permission of the Whooverville bods we bring that interview to you in this episode.

The boys also managed to back Sophie Aldred (or Ace to her legions of fans) into a corner and ask her some questions. And to round off the day, Tom intimidated a Dalek.