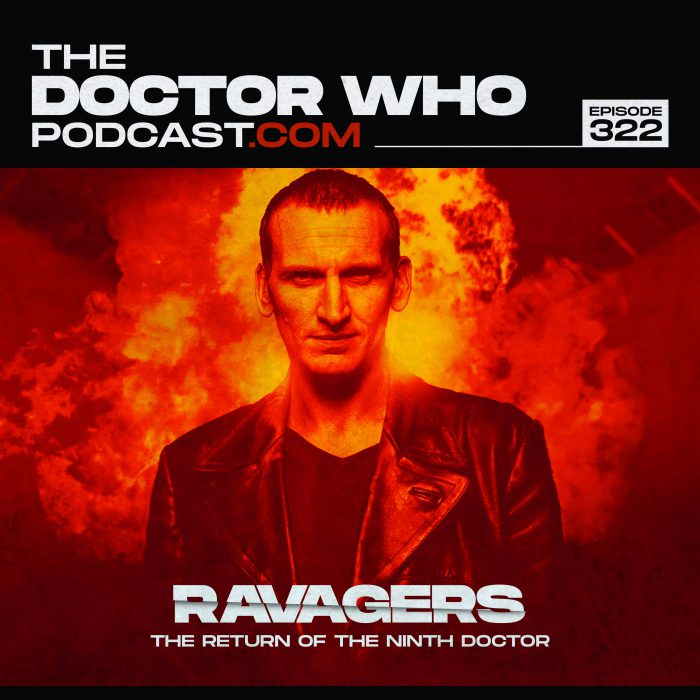 The Doctor Who Podcast Episode #322 – The Nine Doctor Returns! Plus – how to build a TARDIS!

Yes, he’s back! Christopher Eccleston has finally dusted off the ol’ leather jacket and returned to the role of Ninth Doctor, courtesy of Big Finish Productions. Join long term fans of Big Finish James, Ian and Michele as they talk about Ravages, the first Ninth Doctor box set of audio plays in the most spoiler-free way possible. Be warned – every fan’s spoiler threshold varies and whilst pains have been taken not to reveal story details, even the most minor point can spoil the enjoyment for some- so listening is ENTIRELY at your own risk! Gottit?! Fantastic! 🙂

Phil joins James later in the show to discuss how his (now finished) TARDIS-build! This conversation was recorded some time ago but did not make it onto a previous DWP for timing reasons. It is however, such a wonderful discussion and cements Phil’s status as uber-fan so profoundly that we just had to find a spot for it! You can also watch Phil talk about building his project in intricate detail on the Who’s He YouTube page!

As always, we’d love to hear from you! Send in your thoughts and feedback (audio or written) on anything Who or DWP related and we’ll discuss on an upcoming episode. Email us at feedback@thedoctorwhopodcast.com, get in touch on Twitter or search for us on Facebook.