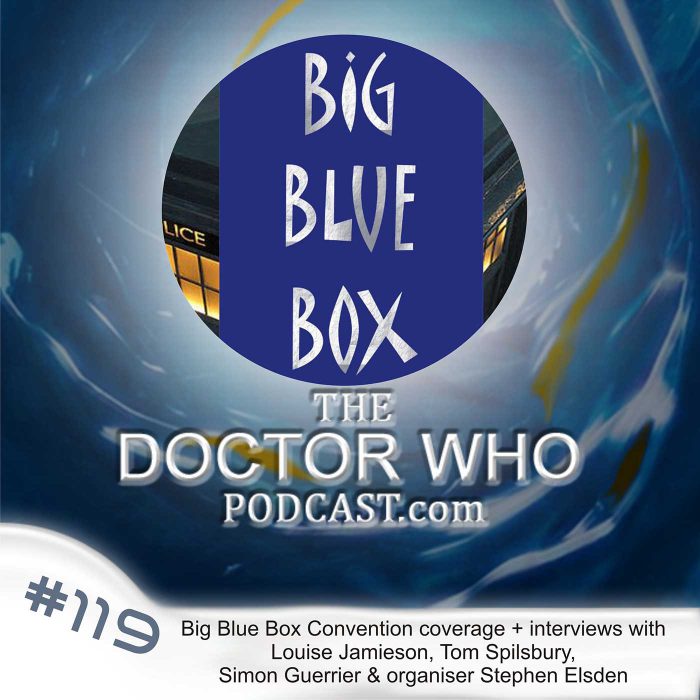 One of the events at the convention was a screening of Cleaning Up, written by Simon Guerrier, who is heavily involved with the Big Finish range, and directed by Thomas Guerrier.

James caught up with Simon and chatted with him about this new short film.

Also in this episode are interviews with Tom Spilsbury, current editor of Doctor Who Magazine and Stephen Elsden, organiser of the Big Blue Box Convention.

At the end of a hectic day, James and Ian had the opportunity to chat to none other than Louise Jameson, best known as playing Leela from 70s Doctor Who alongside Tom Baker.  She stars in Cleaning Up, and chatted to James about the film and her time on Doctor Who.

A big thanks to the Guerrier Brothers and Stephen Elsden for making The Doctor Who Podcast so welcome on the day and for the opportunity to secure these fantastic interviews.