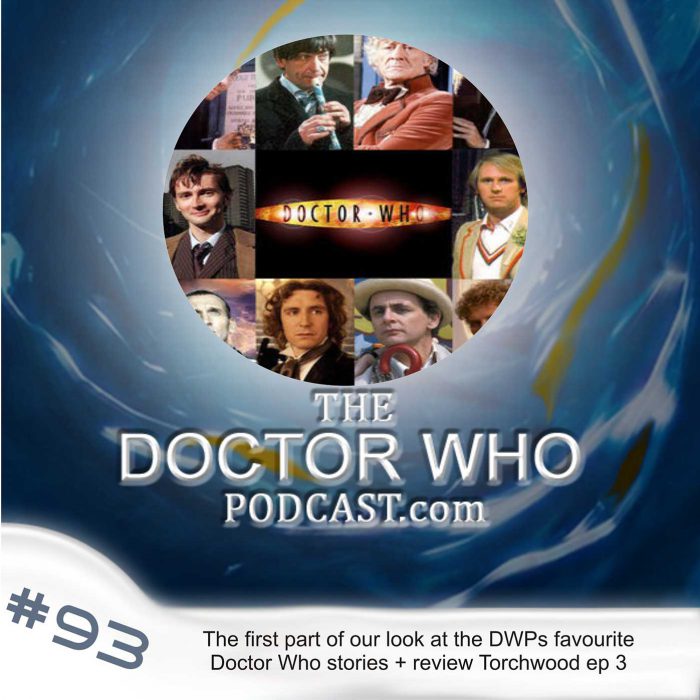 In response to requests from many of our listeners the DWP presents the first part of our two-part nostalgia trip through the DWP hosts favourite Doctor Who stories.

Trevor, Tom and James will sort through each era of Doctor Who and pick out some of their personal favourites.

This episode we cover the first six Doctors. Watch out later in the week for the conclusion to our stroll down memory lane.

We also review the next episode of Torchwood, episode 3 of the current season.

Featured in this episode is a great song called “The Mind of Evil” from Billy Davies aka The White Robot, an awesome DWP listener in New York.