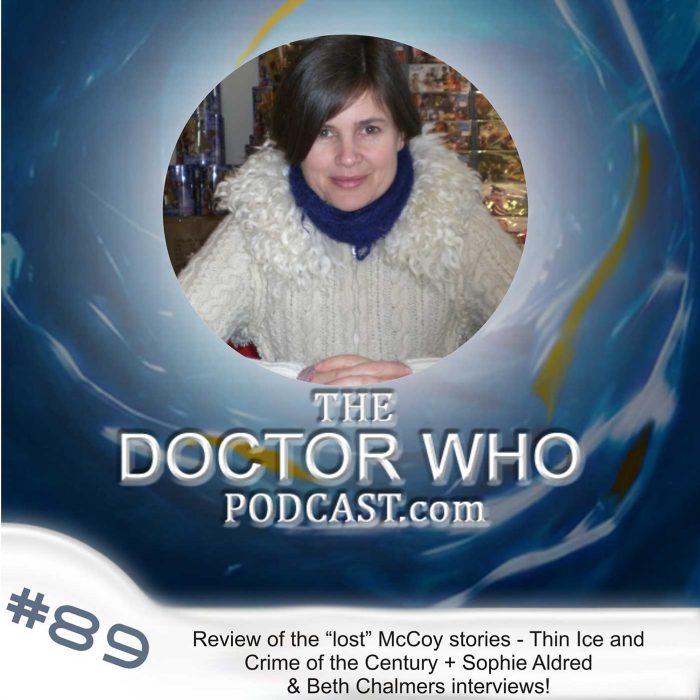 The Doctor Who Podcast Episode #89: Review of Thin Ice and Crime of the Century and interviews with Sophie Aldred and Beth Chalmers

Quite a packed episode this week, a mixture of reviews and some cracking interviews, bringing to a close the second of our special Big Finish related episodes.

James and Trevor review the first two stories from Big Finish’s range of 7th Doctor “lost” stories – Thin Ice and Crime of the Century. These two stories were to kickstart the proposed Season 27 in 1990, before the axe of cancellation fell on the series and the entire season was abandoned.

Now Big Finish have lovingly created these scripts in audio format so all Doctor Who fans can hear what might have been if Doctor Who continued in its televised form into the 1990s.

Find out what the boys make of the first two offerings from this very special series of releases from Big Finish.

We also have interviews with Sophie Aldred, who played Ace alongside the Seventh Doctor, and also in these new Big Finish audios. Also on the interviewing roster is Beth Chalmers, who plays the new companion Raine Creevey.